A Glimpse into THE DOMINICAN REPUBLIC

Paradise awaits just two hours away from Miami. Strategically located in the center of the Caribbean, the Dominican Republic (DR) is the second largest country in the Antilles. It possesses a unique cultural heritage, the oldest colonial buildings in the new world, spectacular landscapes, deserts and sand dunes, rain forests and mangroves, over 39 national parks and nearly a 1,000 miles of coastline with over 300 miles of world-class beaches. The Dominican Republic truly has it all.

Enjoying year-round tropical temperatures ranging from 66 °F to 93 °F and over 250 days of sunlight, the land of the eternal summer offers the scenery that may capture anyone’s imagination, and with modern and improved expressways infrastructure, 12 seaports, and 8 international airports, paradise has never been closer. The combination of great weather, natural and cultural attractions, marvelous restaurants and nightlife, warm and hospitable people, and one of the best political and economic environments in the Caribbean and Latin America, make the Dominican Republic the number one destination in the Caribbean.

A land of TOURISM

According to the World Bank, the Dominican Republic has been the top vacation destination in the Caribbean since 2005. The country has the most diverse touristic base in the Caribbean, the vast majority of these coming from North America (57%), Europe (25%) and South America (12%). It also has one of the biggest hotel occupancy rates in the Caribbean, with an average rate of 74% for the past 2 years (compared to 68% in the region).

In addition to the pearly white beaches, the DR is also the number-one golf destination in the Caribbean with over 30 world-class golf courses designed by the top firms in the world, including the Jack Nicklaus Punta Espada course, the Tom Fazio Corales, and five Pete Dye courses, Teeth of the Dog being the most recognized of these.

The Dominican tourism industry has positioned itself as the largest generator of foreign exchange flows into the country; it has been a focal point for foreign investments, which has fueled its consistent growth. Based on figures from the Caribbean Tourism Organization, during the financial crisis of 2008-2009 the tourism sector remained stable with around 4 million stay-over tourist arrivals, and by 2014 the figure rose to 5.14 million, growing by 12.49% from the previous year and 63.3% over the last 8 years.

Currently there are 69,616 hotel rooms in the Dominican Republic, barely a quarter of which will be needed in the next 8-10 years to accommodate the projected increase in tourist visits (based on an estimated 8% yearly growth).

INVESTING in the Dominican Republic

The Dominican Republic offers secure and profitable investment opportunities. The country’s strategic geographical position grants access to the Central American, North American and Caribbean markets. The Dominican Republic is not only one of the most politically stable countries in Central America, but it is also the largest economy in the region, with a GDP growth of 6.10% on the first quarter of 2016 over the same quarter of 2015 and with an average of a 5.49% annual GDP growth rate from 1992 until 2016.

Improvements on infrastructure and the country’s investor-friendly politics have led to a substantial increase in foreign investment. According to the World Bank, in 2012 the Dominican Republic was ranked as the largest Foreign Direct Investment (FDI) recipient in the Caribbean. With the support of local policies and the natural growth in tourism, a significant amount of foreign investment leans towards the development of real estate projects focused on tourism. This is a trend predicted to continue well into the next decade due to the country’s investor-friendly taxation and ownership policies.

Laws in the Dominican Republic are truly favorable to foreign investment. An example of this is law 16-95 on foreign investment, which provides foreign investors with the same property rights granted by the constitution to Dominican investors and guarantees the repatriation of all profits and free convertibility of funds. Moreover, law 21-98 specifies that no restrictions are to be placed on the acquisition of land by foreigners. The most favorable laws, however, are 158-01 and 184-02. The Dominican Republic has a legal system of tax incentives and benefits for the promotion of tourism development in cities and towns of great touristic potential for the country, as stipulated by law 158- 01 "Promotion of Tourism Development" and the amending law 184-02. According to law 158-01 and its amendment, tourist activities and enterprises considered of special interest to the Dominican Republic are as follows:

-Hotel facilities, resorts and/or hotel complexes; Building facilities for conventions, fairs, international conventions, festivals, shows and concerts; Businesses engaged in the promotion of cruises establishing any of the ports specified in this law as their mother port for the origin and final destination of their ships; Construction and operation of amusement parks and/or ecological parks, and/or theme parks; Construction and/or operation of ports and maritime infrastructure for tourism, such as recreational ports and seaports; Construction and/or operation of tourist infrastructures, such as aquariums, restaurants, golf courses, sports facilities, and any other that may qualify as a tourist activity. Small and medium sized businesses whose market is fundamentally related to tourism (handcrafts, ornamental plants, tropical fish, endemic reptiles farms and the like); Utility infrastructure companies for the tourist industry, such as aqueducts, treatment plants, environmental cleaning, and garbage and solid waste removal.

Businesses domiciled in the country and qualifying for the incentives and benefits established in this law have full and absolute tax exemption on almost all local income, import, national and municipal taxes. The tax-exemption period for companies engaged in these tourist activities is of fifteen years from the date of completion of the construction work and the furnishing of the project.

Further motivations for doing business in the country include its competitive, experienced and predominantly bilingual workforce, one of the most advanced telecommunication sectors in Latin America, and appreciation rates of 20% annually where fast-growing regions may see appreciation rates as high as 50% in the coming years.

With 80 million baby boomers seeking to retire in a nice weather near a water location over the next decade, sites with views of or access to beaches will be in high demand. As tourism in the Dominican Republic continues to grow strong, the crowds will soon discover its market opportunities.

PUNTA CANA on the rise

Various factors make Punta Cana the most popular beach and golf tourist destination in the Dominican Republic, as well as one of the top 100 destinations in the world: white fine-sand beaches, soft blue-turquoise water and tall, swaying palms making the picture-perfect postcard of the Caribbean.

The meeting point of the Atlantic and the Caribbean Sea, the Punta Cana area begins

in the north with the Arena Gorda beach, and is followed by the Bavaro, Uvero Alto, Lavacama, Macao, El Cortecito, Cabeza de Toro, Cabo Engaño and Juanillo beaches. They total over 32 miles of coastline wherein the best resorts in the Caribbean offer all the comforts of modern life next to the beach.

The Punta Cana International Airport (PUJ), one of the top 10 airports in Latin America and the Caribbean, is only 15 minutes away from the Punta Cana and Cap Cana area, and 30 minutes from most seaside resort areas. PUJ is the airport in the Caribbean region with the largest diversity of international flights, and it receives 65% of all tourists arriving in the Dominican Republic.

Although no date has officially been given, the airport will soon become part of a select group of airports that can check and clear passengers traveling to and from the US, making all flights between PUJ and US domestic flights. Punta Cana is the fastest-growing tourism and investment area in the Caribbean. With an average stay of 8.3 days, hotel occupancy rates are among the highest in the region at 89.3% (compared to a national rate of 75% and a regional Caribbean rate of 68.8%). Tourists spend an average of US$ 130 per stay in this area, where almost 90% of the market is all-inclusive.

Most of the top touristic cities surrounding the Punta Cana area also fall under the aegis of laws 158-01 and 184-02. Las Lagunas de Nisibon, el Macao, Uvero Alto and Juanillo benefit from the whole exemption plan, while the rest of the surrounding areas benefit only with the tax exemption for constructing and equipping their facilities.

Undoubtedly, Punta Cana is the heart of the Caribbean. Its beaches, its calm lifestyle and expat communities, the abundance of things to do, its local culture and population, its rich history, the low cost of living, and its rapidly-growing infrastructure make Punta Cana one of the best investment locations in the Caribbean. 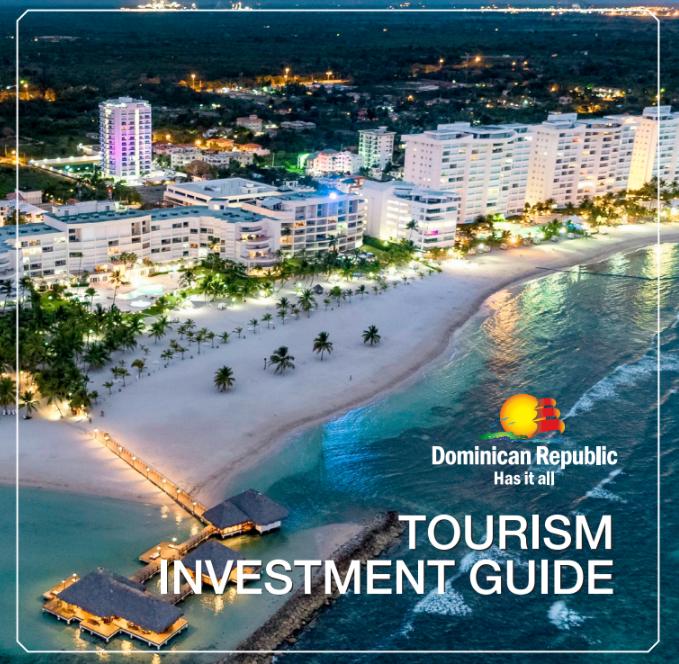 Dominican Republic is a touristic paradise that “Has It All.” Tourism is one of the pillars of the Dominican economy, accounting for an estimated 20 percent of the nation’s GDP.

Please fill the form below and we'll contact you shortly.

Thanks for contacting us!

We have successfully received your form submission and will take it from here. You have a great rest of your day.

By submitting this form, you are consenting to receive marketing emails You can revoke your consent to receive emails at any time by using the SafeUnsubscribe® link, found at the bottom of every email.

Welcome Back
Not registered yet? Register now
or

You can see your saved properties
under your account

Your changes have been saved successfully

Please provide your contact information and one of our real estate professionals will be in touch.
CALL US (305) 987-7627

Email to a Friend

Recomend this to a friend, just enter their email below.

Information has been updated!

Your email was sent successfully

Your search has been saved successfuly.